Jhe pandemic has thrown Japan out of its reign as the world’s top investor. As the global recovery unfolds, the country is poised to regain its position through various investments in the infrastructure sector and renewable energy projects.

However, the recent issue of UNCTAD’s Investment Trends Monitor dated January 2022 shows that global FDI flows showed a strong rebound in 2021, increasing by 77% to around $1.65 trillion. from $929 billion, surpassing their pre-pandemic levels. The report also states that investors want to invest in the infrastructure sector and finance renewable energy and industrial real estate projects.

Japanese FDI outflows are recovering slowly but steadily. Japanese multinationals have faced unprecedented challenges, in part due to vaccination delays and harsh and prolonged border controls. However, as the Japanese economy rebounds to pre-pandemic levels, Japanese investors have started to contribute significantly to growth in a post-pandemic recovery.

Investing in sectors relevant to the United Nations Sustainable Development Goals (SDGs) is one of the main reasons for such a rally, which is the same inclination as that of most investors in developed economies.

Japanese multinationals are required to conduct business transparently and responsibly in various areas, including environmental concerns, diversity and inclusion, and governance.

Principle No. 2 of the Tokyo Stock Exchange Code of Corporate Governance (the code) defines the importance of sustainability as a “commitment to sustainable growth with environmental, social and governance (ESG) aspects )”, in conjunction with corporate social responsibility and commitment. with stakeholders as part of the management code.

Principle 3 of the code also provides disclosure rules, including ESG factors for listed companies, which are essential to ensure transparency and accountability under the stewardship code. With growing awareness of the UN SDGs, the recent amendment to Principle #3 Supplementary Rule introduced disclosure requirements, including much more detailed information involving concrete growth strategies to achieve sustainability and sustainability. impact of climate change risks on their business activities.

In general, it is imperative that large companies with global exposure recognize the importance of ESG elements and adapt their business activities to international standards. It is fair to say that some Japanese companies, regardless of size, are still struggling to improve their ESG profile, despite being aware that ESG initiatives would impact their enterprise value across all sectors.

A July 2021 survey by Teikoku Data Bank shows that the three most popular UN SDG activities are Goal 8 (decent work and economic growth), Goal 7 (affordable and clean energy) and sustainable development. objective 3 (climate action). Japanese multinationals want to invest in projects in the renewable energy sector, which would contribute to their ESG performance and the recovery of FDI outflows from Japan.

In October 2020, then Japanese Prime Minister Yoshihide Suga declared that the country would achieve carbon neutrality by 2050. The “Green Growth Strategy by Achieving Carbon Neutrality by 2050” was put into effect. implemented by the Ministry of Economy, Trade and Industry (METI). followed by the fifth re-entry of the energy plan with the 2050 energy mix in 2021.

Japan has moved on to decarbonization, although at the 26th Conference of the Parties to the United Nations Framework Convention on Climate Change (COP26) in Glasgow in November 2021, Japan received the “Fossil of the Day” award from the Climate Action Network (CAN) which recognized countries as being slow to act in the fight against climate change.

The national agenda for carbon neutrality as well as growing pressure on ESG compliance strongly suggests that Japanese companies should make their business models and operations more environmentally friendly in various sectors, not to mention the energy sector. Investing in power generation from renewables, which accounts for around 50-60% of Japan’s energy mix in 2050, is not the only solution.

A company could explore ways to fundamentally transform business and operating models, which could be a long process to becoming a sustainable business in a carbon-neutral society. It should also be noted that Japan has not decided to abandon coal-fired thermal power generation (with green innovation technology, including carbon capture, utilization and storage and recycling of carbon), which represents 26% of the 2030 energy mix. 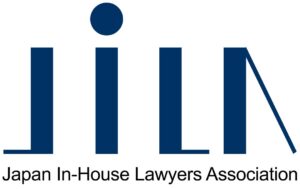