Less than four months after securing a breakthrough first Breeders’ Cup success, Japan once again showed their strength on the world stage with four winners at the world’s richest race meeting.

Challengers from Europe, North and South America, the United Arab Emirates and top local horses came with huge expectations, but the night unequivocally belonged to the land of the rising sun and an inspired Christophe Lemaire.

While Lemaire was the common denominator, nothing underscored the deep strength of the Japanese racing industry more than the fact that the four winners came for four different coaches.

First to hit was Authority for Tetsuya Kimura in the $1.5m Neom Turf Cup, then Songline in the $1.5m 1351 Turf Sprint for Toru Hayashi before Stay Foolish raised the hat-trick in the Longines $2.5 million Red Sea Turf Handicap for Yoshito Yahagi – the man who saddled Loves Only You and Marche Lorraine to become Japan’s first Breeders’ Cup winner last year. The quadruple was completed by Dancing Prince, trained by Keisuke Miyata, who wiped out his rivals in the $1.5m Riyadh Dirt Sprint.

The four winners were ridden exquisitely by Lemaire, the popular Frenchman who has long been proclaimed the leader of the riding peloton in Japan.

“It’s fantastic to be part of these international races, it’s always a big challenge,” said the driver. “If you’re lucky enough to win a race, you’re the happiest man alive. When you can win two, three or four winners, you’re flying through the clouds.”

Lemaire did it all on Authority, Stay Foolish and Dancing Prince, but he played his hand late on Songline, with all four wins pocketing him $420,000.

“I thought Authority and Stay Foolish would be my best races,” the driver said. “I was very confident with Authority because finishing second to Contrail in the Japan Cup was a great race and for me he was the best horse in the race. His condition was good and I thought he was definitely capable of winning.

“I rode Stay Foolish on Wednesday morning and he made a good impression on me and in that area I thought he would run very well. Throughout the course he was breathing and very comfortable. I I knew he would stay the trip and he has great acceleration. He really dominated.”

“It all starts with breeding of course,” he said. “For so many years, Japanese breeders and owners bought the best mares from all over the world, so breeding in Japan became huge and very consistent. From then on, the level of Japanese horses never stopped. to improve.

“Japanese horses like this kind of track because it’s fast and flat. They can adapt very well to these conditions. With their talent and with the conditions, they are able to perform well.

“Finally, more and more trainers are used to traveling horses. A trainer like Mr. Yahagi knows perfectly well how to travel his horses and which horses he can bring abroad.”

Yahagi, who won the Japan Cup with Contrail in November, is quickly establishing himself as one of the best and friendliest managers in the world. In his signature Panama hat and rainbow-colored tie, his bright personality was once again infectious after the Stay Foolish win.

He said: “I thought he would do well. He was improving day by day so I was confident and would love to take this horse to the Melbourne Cup.

“It was a great day for the Japanese horse racing industry to show its strength on the world stage.” 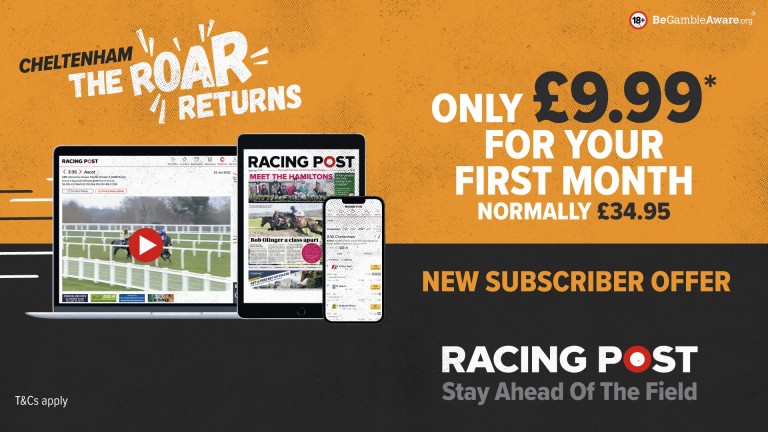 Join the Racing Post Members’ Club for just £9.99 for your first month! The Members Club is the only subscription racing fans and bettors need to stay informed and make smarter betting decisions. Features include early access to the Racing Post digital newspaper, exclusive news and interviews, premium tips and form study tools to help you bet. Head over to our subscription page here, select “Get Ultimate Monthly” and enter the code CHELT22!