The two prime ministers discussed various topics to boost economic cooperation between the two countries during a video meeting on Saturday with Japanese Prime Minister Fumio Kishida on the sidelines of the eighth Tokyo International Conference on Development in Africa (TICAD8) which takes place in Tunisia from August 27 to 28. August.

According to a statement from the Egyptian cabinet, Madbouly called for discussions with the Japanese Prime Minister on the Japanese private sector to inject new investments into Egypt to benefit from relevant legislative and structural reforms aimed at boosting the business environment and improving the investment climate in Egypt. the country.

Madbouly said the Japanese private sector can benefit from investing in the SCZone as a premier logistics hub that can provide a gateway for the export of Japanese goods to Africa.

For his part, Kishida said the Japanese government will continue to encourage companies to invest in Egypt.

Also today, Madbouly met with a delegation of TTC officials to shed light on promising opportunities for the company to invest in a new complex for the automotive industry in Port Said.

For its part, the Toyota delegation praised the current level of cooperation between the company and Egypt, thanking the Egyptian authorities for removing all obstacles to investment and improving the business climate.

In mid-August, the SCZone signed a Memorandum of Understanding (MoU) with Toyota Group member TTC to execute several infrastructure projects to achieve carbon neutrality and help the country transition to a green economy.

These include projects in the fields of logistics, renewable energy, water and the production of green and blue hydrogen and ammonia.

Toyota Tsusho is also part of a consortium including the Egyptian Orascom Construction and the French ENGIE, which aims to set up a wind power plant with a capacity of 500 MW in the Gulf of Suez region.

Egypt aims to reduce carbon emissions, promote the use of renewable energy sources and use alternative forms of energy, including green hydrogen, as part of the National Climate Strategy 2050 of the country.

The SCZone plans to locate various industries as part of Egypt’s 2030 strategy, including green fuel industries in Sokhna and east of Port Said.

The Egyptian Prime Minister invited his Japanese counterpart to attend the inauguration of the GEM.

Madbouly also told Kishida that Egypt is looking forward to the Prime Minister’s participation in the UN Climate Change Conference (COP27) to be held in Sharm el-Sheikh from November 6-18.

Madbouly expressed Egypt’s readiness to increase exports of Egyptian agricultural products to Japan in the coming period as part of strengthening trade relations between the two countries.

For his part, the Japanese Prime Minister affirmed his country’s desire to strengthen cooperation with Egypt in all areas.

He also commended the ongoing development cooperation with Egypt in the fields of transport and health.

For his part, the Egyptian Prime Minister praised the Egyptian-Japanese partnership in the field of education, including the application of the Japanese Tokkatsu basic education system in the newly established Japanese schools in the country, as well as the establishment of the Egypt-Japan University of Sciences. and Technology (E-JUST) in Alexandria in 2020. 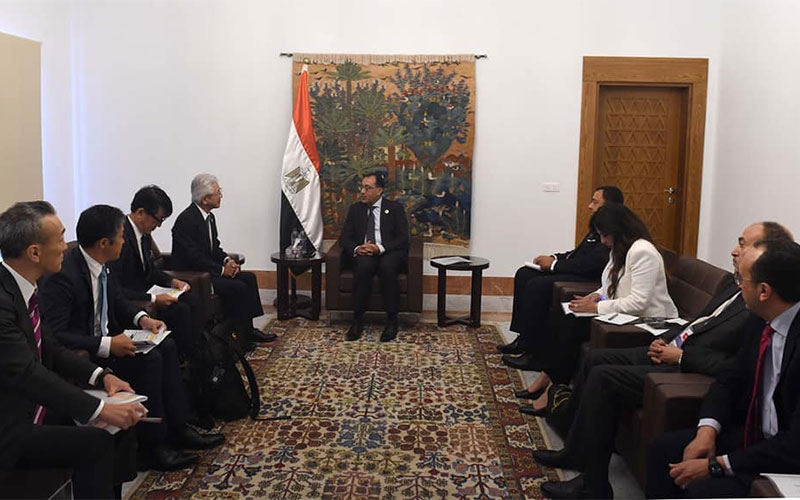