Early childhood education in Japan is unique and interesting. Having experienced early education in the United States with one of my children and early education in Japan with another, I noticed a lot of differences. This article will focus more on the differences in philosophy and daily life rather than the administrative aspects. This article will also focus more on hoikuen, which is more like the Japanese equivalent of American daycare.

To understand how early childhood education is different in Japan compared to the United States, let me give a brief overview of the system here in Japan. Early childhood education in Japan has two categories: Hoikuen or Youchien. Hoikuen is a kindergarten and falls under the jurisdiction of the Ministry of Health, Labor and Welfare. Babies aged 5 months to children aged 5 years are eligible, although it depends on the school. However, the admission criteria are based on the parents’ time and ability to care for the children. Despite Japan’s low birth rate, there is a general shortage of daycare, leading to a competitive application process. This is especially true for public hoikuen, which are government-funded and, in some cases, government-run. This also tends to be true in cities like Tokyo. If there are not enough places for everyone, your family takes priority if both parents work and you have already spent time on the waiting list.

Youchien, meanwhile, falls under the jurisdiction of the Ministry of Education. Youchien is essentially pre-kindergarten. Its focus is more on academic development than on child care. As such, it’s usually not as difficult to get a place.

All the different types of preschool education in Japan seem to have the common goal of nurturing the independence of toddlers. Babies learn to eat on their own using utensils from an early age. My daughter has been using practice sticks at her school since she was two. Teachers also encourage young toddlers to drink from an open cup rather than a spill-free sippy cup. Likewise, these little toddlers learn to dress themselves. My daughter takes her shoes off when she comes to school and puts them back on when she leaves.

Although it varies from school to school, our hoikuen is quite small and has a lot of mixed age group games. I’ve also found that instead of buying craft supplies, schools ask kids to use things like old newspapers. They will use it for origami, coloring and costume making. Now you might be thinking that sounds a bit like Montessori education. I think there are quite a few similarities between the Montessori method and the Japanese “method”, especially in terms of developing independence. The difference is that in the United States, Montessori is a specialized field of education, often reserved for families with more means. In Japan, it is a more generalized philosophy that has deep roots in common Japanese culture. 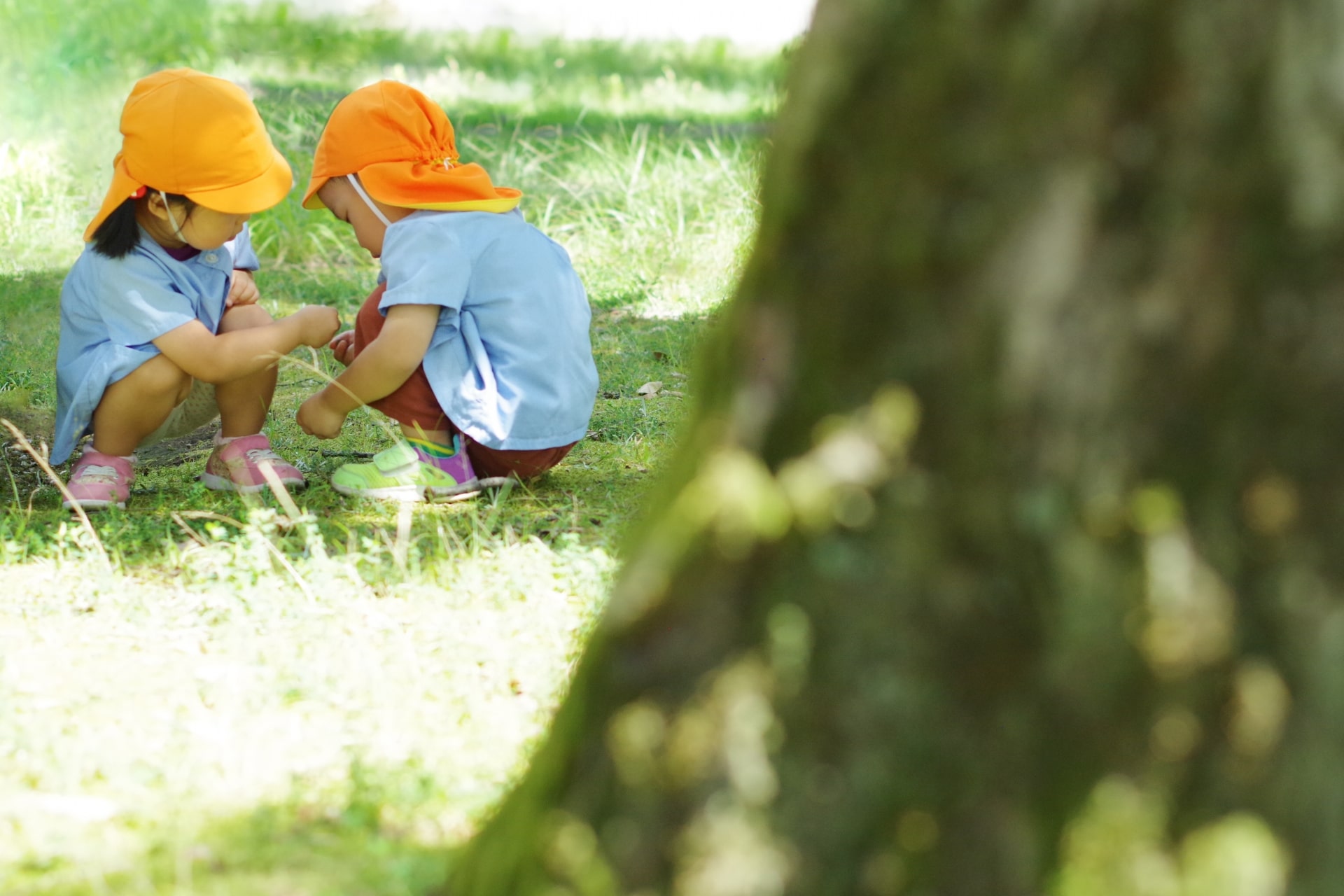 Japanese early education also emphasizes nature to a large extent. They go for walks every day, weather permitting, and children are encouraged to really engage and understand their outdoor environment by collecting leaves, asking questions, and observing animals and insects. This is perhaps not surprising given the important role nature plays in Shintoism and Japanese culture. It’s also one of my favorite things about preschool here.

Teachers: a career for the long term 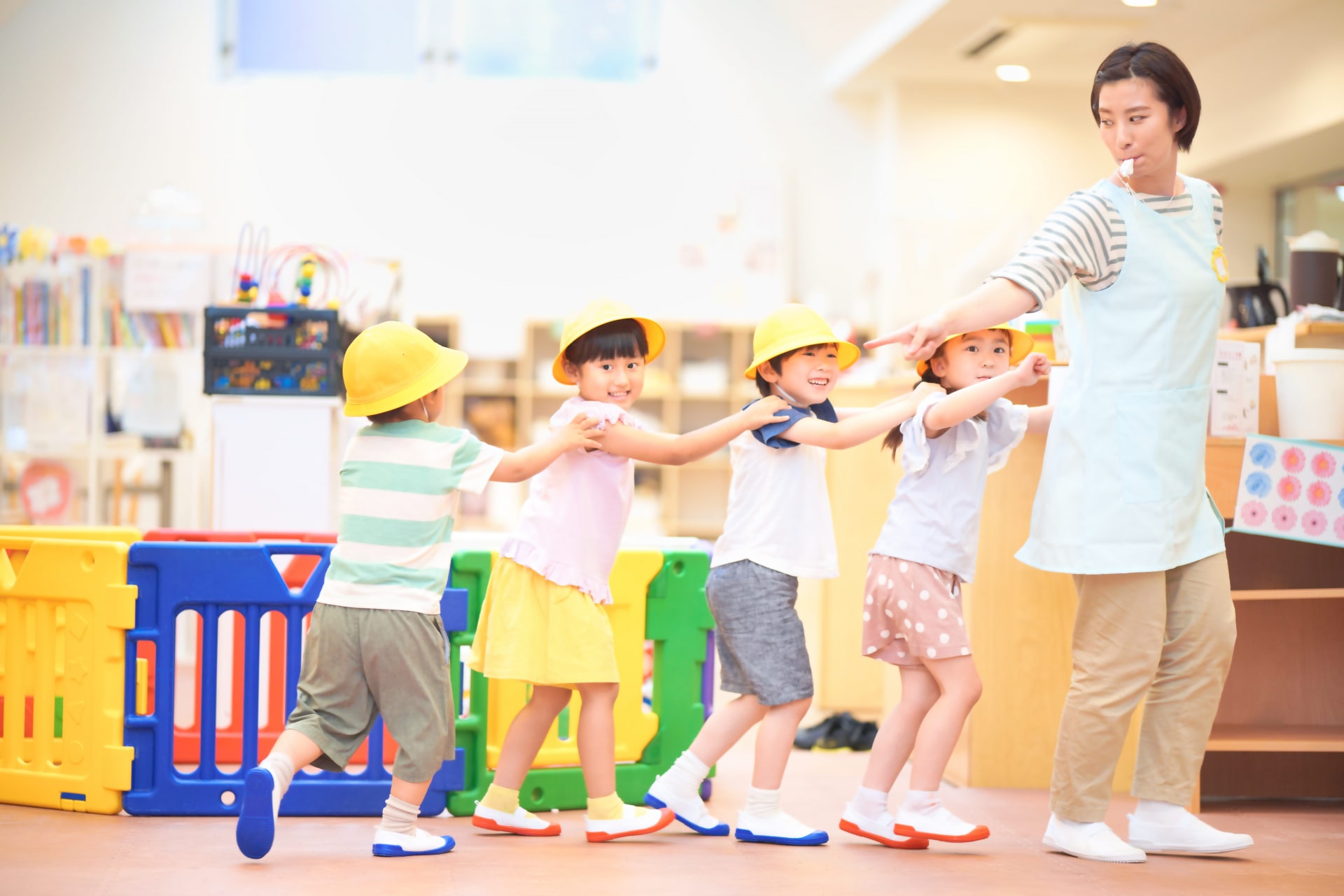 In the United States, my children attended a private neighborhood daycare. The teachers were warm, friendly and caring, as was the environment. The kids enjoyed yoga, music lessons, story time, outdoor time and more. They ate a reasonably well-balanced lunch by American standards. I was sad to leave. However, when we started hoikuen in Japan, I was blown away by the sheer professionalism of the hoikuen, or hoikushi, teachers. These teachers apparently pay more attention to my children than I do and note details that even I would have missed. They never lost anything, not even a misplaced hair tie.

Hoikushi (保育士) are trained for this very specific role, and it shows. To become a hoikushi, you must graduate from a professional hoikushi school approved by the Ministry of Health, Labor and Welfare. You must have over 14 years of education, including 2-year college or 4-year university. After that, you must pass a practical exam and a written exam, held twice a year. According to our information, the success rate is less than 50%. That’s not to say that all hoikuen teachers are fully fired in this way, but the general impression is that it’s been a long career for most. In contrast, there is a relatively high turnover rate for American daycare teachers, many of whom move through the profession into other pursuits. The salary, while certainly not high on either side of the ocean, is more livable for the hoikushi, and the overall quality of the profession reflects this.

The essentials of parental involvement 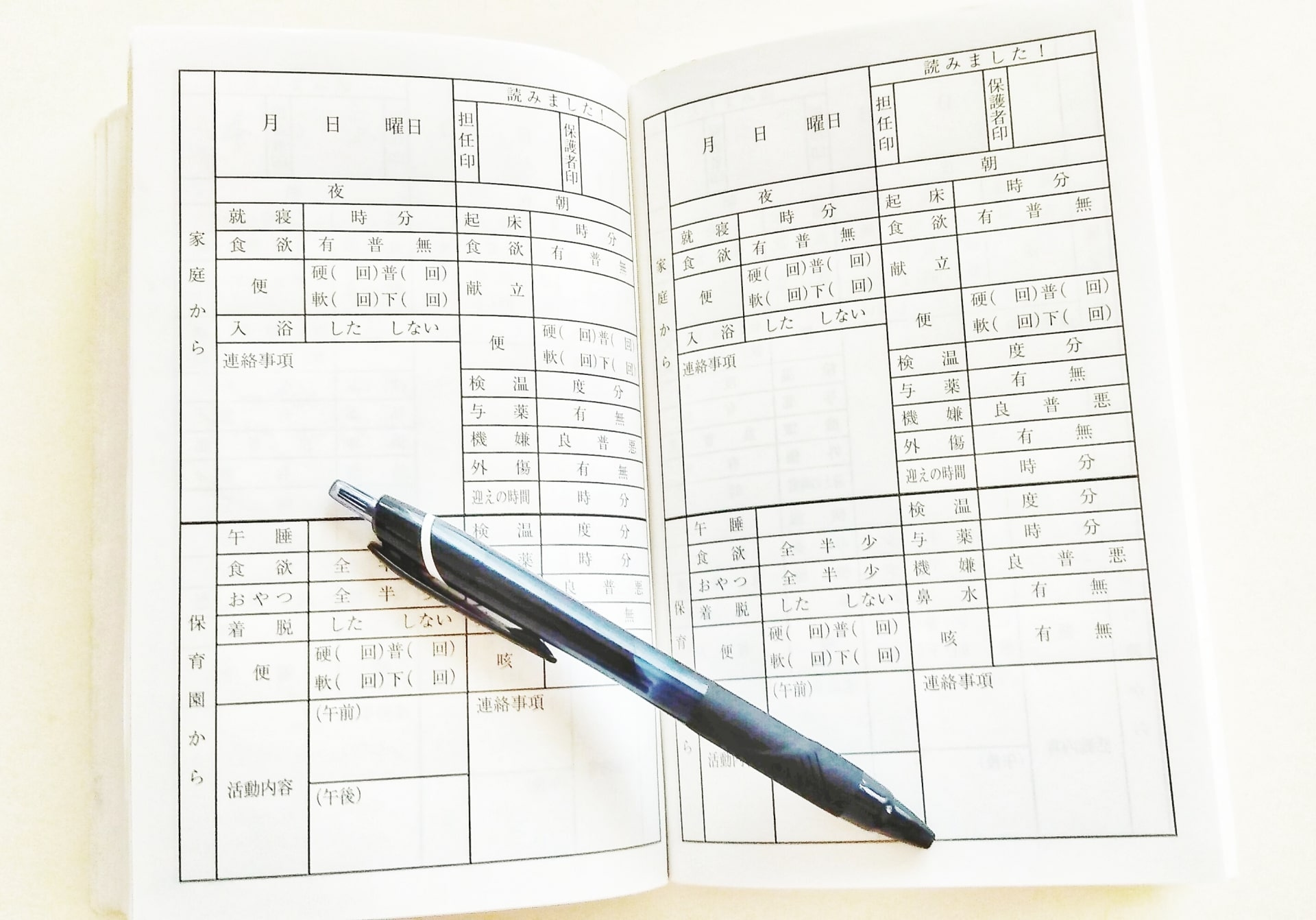 Do you remember I mentioned that hoikuen teachers are extremely attentive to detail? It’s mostly great but it comes at a cost. The cost is that more is also demanded of parents. In America, most daycares will use apps to notify you of nap times, meals, and irregular incidents. In paper-based Japan, teacher-parent communication centers around the renrakucho (連絡帳), literally “communication notebook”. As a parent, I’m expected to write down every day what time my child woke up, when he went to the bathroom (I’m even encouraged to detail the quality of his poo!) , meals, temperature, current mood, etc. At the end of the day, the renrakucho came back to me with much of the same information from the day. There are often little anecdotes about funny things she said or did, which I love. The renrakucho, as painful as it is, makes the experience more personal.

Much is demanded of parents in other respects as well. In the United States, I sent my children with a few sets of spare clothes, a hat and milk when they were babies. Here is a typical list of things parents need to provide:

Then there is a list of rules, some of which may surprise non-Japanese parents. These include:

Good, you have it now! How does early education in Japan compare to where you live? Overall, it was a positive experience and quite a contrast to secondary and higher education in Japan. I hope you found this article interesting. If you want to learn more about life in Japan, check out the following articles for more information!