Cookies are required to use this site. Please activate them! 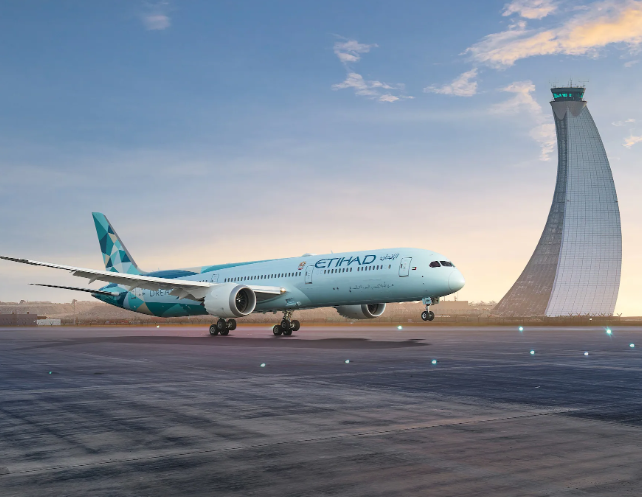 The first Etihad Airways flight to use Sustainable Aviation Fuel (SAF) supplied by ITOCHU Corporation and NESTE recently took off from Tokyo Narita Airport.
The pioneering flight is the result of a partnership in which ITOCHU supplied Neste MY Sustainable Aviation Fuel to Etihad, the national airline of the United Arab Emirates, making Etihad the first international airline to source SAF from Japan.
Cassie Mackie, Vice President of Purchasing and Supply Chain at Etihad Airways, said: “The aviation industry needs partnerships like the one we have created with ITOCHU and NESTE to drive the adoption of SAFs across the board. ‘industry.
“We are extremely proud to be the first international airline to source and use Japanese-supplied SAFs on flights departing from Japan and to see this partnership take off.”
The flight operated on a 40% blend of SAF, representing the first delivery of some 50,000 gallons of SAF, to be used on a number of flights in the coming weeks.
This is the first time that a non-Japanese airline has used SAFs supplied in Japan.
The flight reduced CO2 by approximately 75.2 tCO2, based on estimated fuel volume (20,000 USG) at 39.66% SAF blend.
The flight also managed non-CO2 environmental impacts through flight planning optimized for contrail prevention, deploying SATAVIA technology for an expected net reduction in climate impact of 71 tCO2e (carbon dioxide equivalent ).
In December 2021, the Japanese government announced a goal to replace 10% of aviation fuel consumption by Japanese airlines with SAF by 2030.
To achieve this goal, ITOCHU has established an SAF sourcing network at Japanese domestic airports across the country for Japanese domestic carriers, which is now being extended to international carriers, starting with Etihad.
ITOCHU has already established a national SAF supply chain at Haneda and Narita international airports, from SAF import and quality control to delivery to airports, as well as a refueling network in fuel for the planes themselves.
ITOCHU plans to expand its SAF supply base at Central Japan International Airport and Kansai International Airport, which will enable it to further increase the supply of SAF to Japanese and international airlines.