Young people from across Japan joined forces in the march to fight plastic in the world’s oceans with the nonprofit Japanese lifeboat organization Atlantic Pacific.

Funded by the Nippon Foundation and part of Umi-to-Nippon (The Ocean and Japan Project), the international program includes a spring camp for middle and high school students and an Ocean Revival contest for those under 25. Participants generated ideas on how to reduce and prevent marine pollution, with the aim of supporting a more sustainable future.

What is the Pacific Atlantic?

Atlantic Pacific is the brainchild of Robin Jenkins, designer and volunteer at the Royal National Lifeboat Institute on the River Thames, England. He was inspired to start the organization after a visit to Kamaishi, Iwate Prefecture in 2014. He heard stories of people calling for help from the ocean after being swept away by the 3.11 tsunami, and learned that nothing could be done because there was no rescue service to rescue them.

A lifeboat and its crew at Nebama Bay, Kamaishi Photo: Shusei Yamada.

What is the organization’s core business?

We work to reduce global drowning, which is the third leading cause of child deaths worldwide, by providing lifeboats where there are none and educating people about safety at sea and ocean awareness. Our first project, in 2016, was to provide a lifeboat in a box at Nebama Beach in Kamaishi, which involved online and in-person lifeboat rescue and crew training.

Why is ocean plastic important for the Atlantic Pacific?

We have long established community-wide relationships with the people of Kamaishi, and our work on ocean plastic is a natural extension of our educational outreach. Tackling the issue of marine plastic pollution is vital as it helps ensure the sustainable use and safe enjoyment of our oceans for current and future generations.

How is the educational action progressing in Kamaishi?

We worked this year with students from UWC Atlantic in South Wales and Kamaishi High School on a pilot project that rethinks what we do with our plastic waste. Students shared ideas on how to make new items from plastic bottle lids or old water bottles so they have a second life and don’t end up in the ocean. This month, this project will be part of the Kamaishi High School curriculum.

How important is it to involve young people in this work?

Young people are our future. Humans have been polluting the planet since the industrial revolution, and since the mass production and use of plastics in the 1950s, things are getting really urgent, with only a short window to save our environment as we know it. Young people will have to live with the impact of our decisions, and so we must empower them to save the earth.

What were the youth activities for March?

Spring Camp was originally designed to bring many young people to Kamaishi so that they could experience the wonderful environment and nature that Nebama Bay has to offer. Unfortunately, COVID has kept us from physically gathering, so students from across Japan participated in an online program to develop their ideas on reducing plastic in our oceans.

The Ocean Revival Competition built on this work, but engaged with an international audience. The winner of the 17 and under category was a Japanese student whose idea was a rice curry dish shaped like a fish with tiny vegetables inside, to remind us of the danger of microplastics in the ocean and that, by eating fish, we also consume microplastics. The 18-25 category was won by two students, from Hong Kong and Afghanistan, who proposed using collected ocean plastics to create a floating rescue device.

What are Atlantic Pacific’s next steps?

We are preparing our summer camp in Kamaishi, which we hope to organize at the beginning of August, if the COVID allows it. This program is aimed at young people aged 15 to 17 who want to make a difference in the fight against ocean pollution, in particular by thinking about ways to reduce our consumption of plastic. There are sessions on safety in and around the ocean and an opportunity to ride our lifeboat in Nebama Bay. Participants will meet many local, national and international young people. 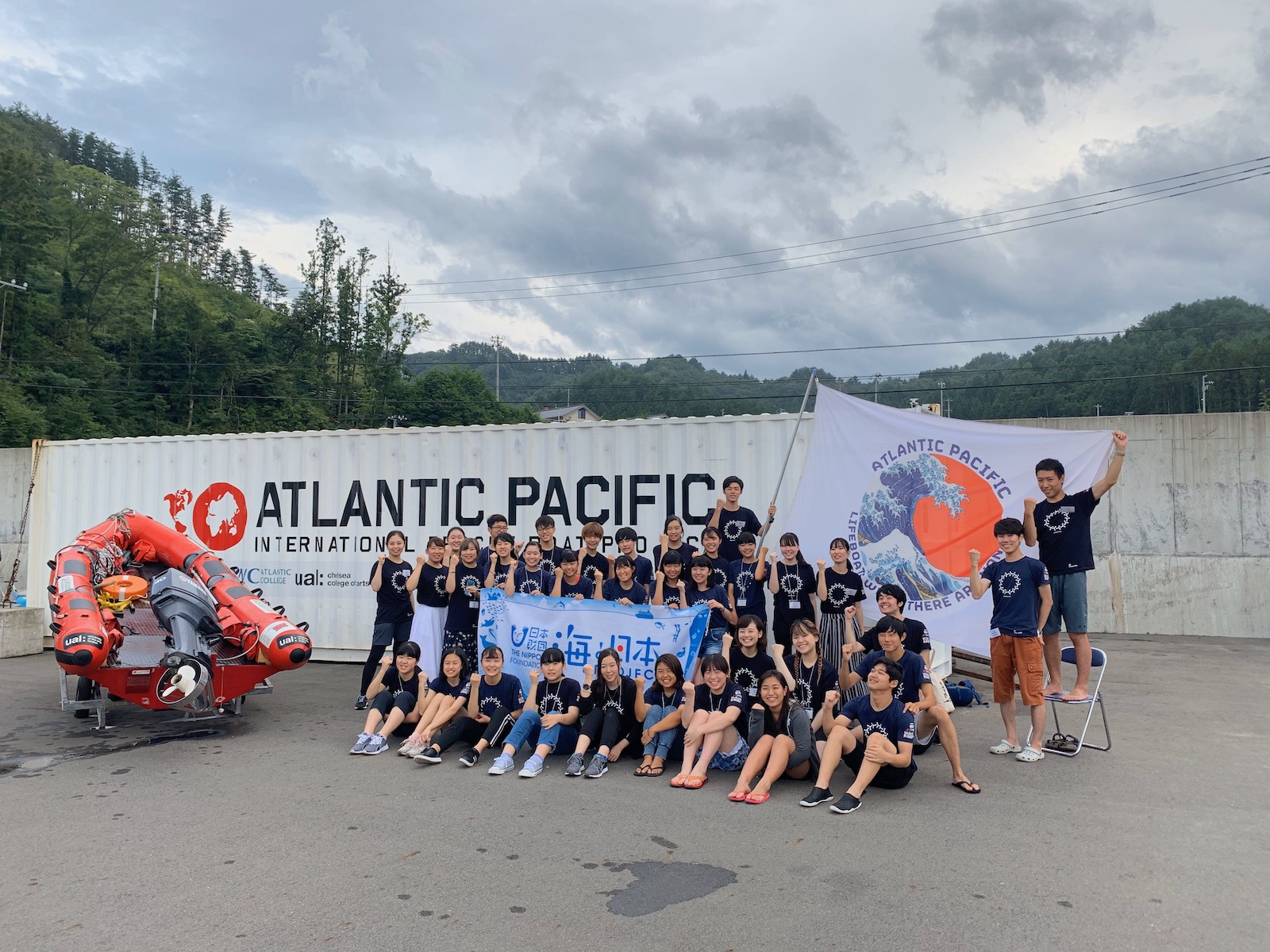 What are your long-term goals for tackling ocean plastic?

We have just launched our Precious Plastic Project in Kamaishi, which adds to our Big Plastic Pledge. Her long-term goal is to educate people to stop using plastic. We must use alternatives while collecting and reusing the plastic already present in our environment. It’s a big task, but we know that the Japanese are passionate about their environment and that we can make an impact in Kamaishi and beyond.

How can people get involved?

There are several ways. The first is to visit us in Kamaishi in the summer to learn more about ocean awareness and safety at sea or to contact us for online courses that can be taught at schools and universities in Japan. The second is to think about ways to reduce the use of plastic and the pollution of our oceans; our next Ocean Revival competition will open later in the year. The third is to reduce plastic consumption in your community, for example by joining our valuable plastic project to recover plastic waste and turn it into something useful. For more details, please contact us in Japanese or English: apj@atlanticpacific.org.uk