The COVID-19 pandemic has effectively closed the world to international travelers in 2020 and 2021, causing Japan’s once-thriving inbound tourism industry to dry up. In June, however, the Japanese government reopened the border to foreign visitors, but with the requirement that they join a tour group.

Tokyo-based online marketing firm Aun Consulting recently surveyed consumers in 12 countries and regions to determine their feelings about Japan and their visit to Japan. Japan was most popular among Taiwanese respondents, with 95.4% saying they “liked” or “liked” Japan, followed by those from Indonesia (91.7%) and Hong Kong (88. 8%). Overall, however, Japan’s popularity as a destination has declined compared to the 2021 survey, particularly in Britain and the United States, where Japan’s popularity fell by 16.5% and 15.1% respectively.

The most frequently cited reasons for “loving” or “liking” Japan were seasonal beauty and Japanese cuisine. While 27% of American and British respondents cite history and culture as reasons for liking Japan, citizens of these countries are less likely than respondents from Asian countries to cite manga and anime. 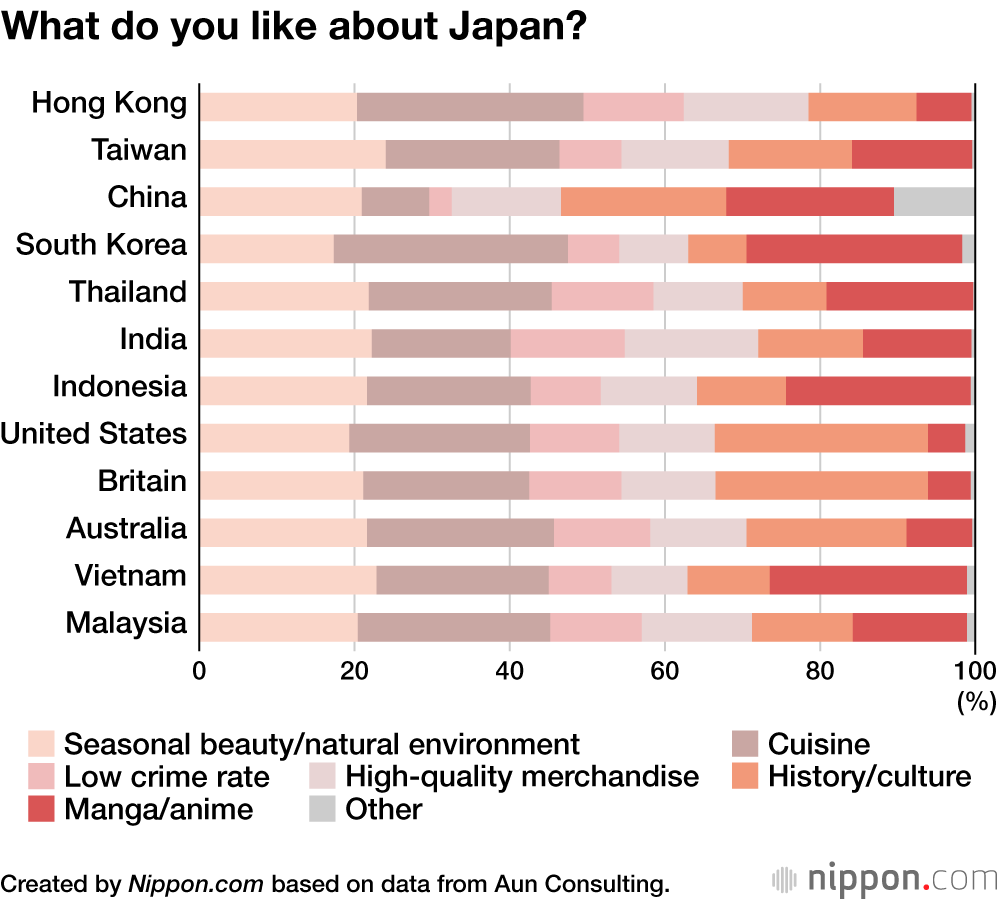 Those who said they disliked Japan were most likely to cite high prices, particularly in Taiwan, where 61.2% cited prices as a reason for disliking the country. Many Chinese and South Korean respondents who said they disliked Japan cited the history or culture, although South Koreans, Thais and Indonesians were the most likely to say they weren’t all just not interested. 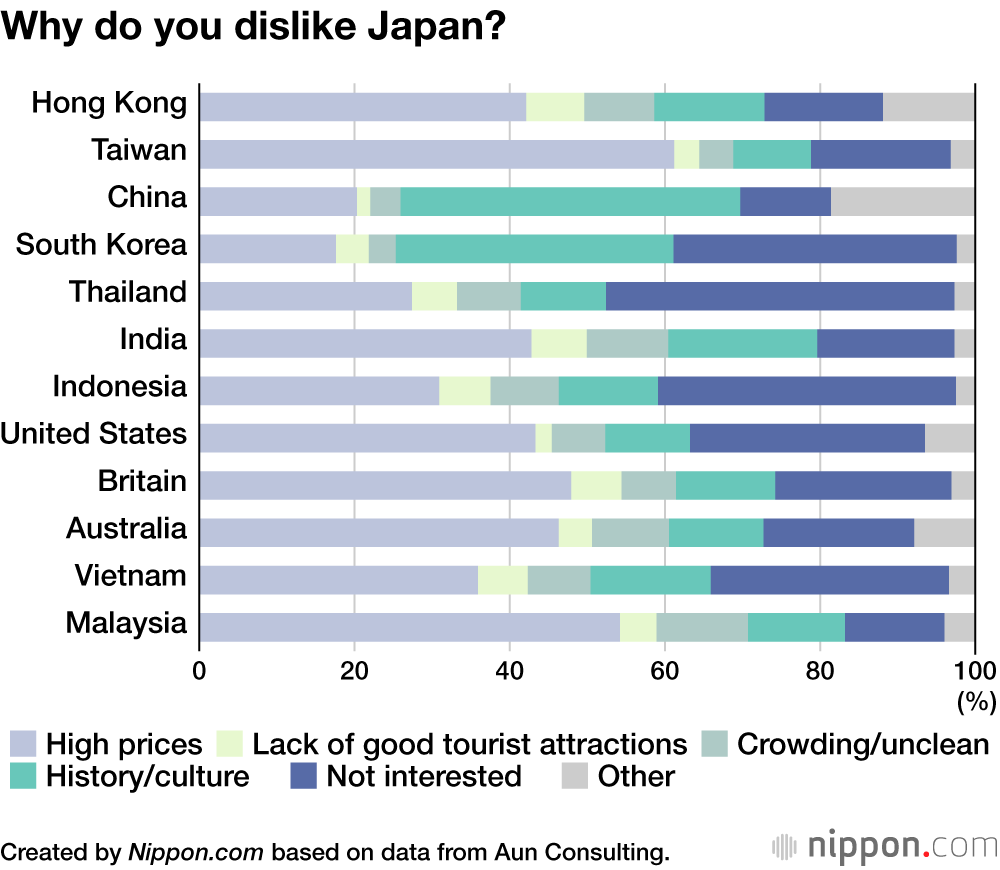 When asked if they would like to visit Japan after COVID-19 subsides, respondents from China, Taiwan and Hong Kong, all regions that were a major source of tourists before COVID-19, were most likely to answer “yes” or “absolutely”. .” In contrast, although many tourists have also traveled from South Korea before, more than 30% of South Koreans surveyed said “no” or “definitely not”. 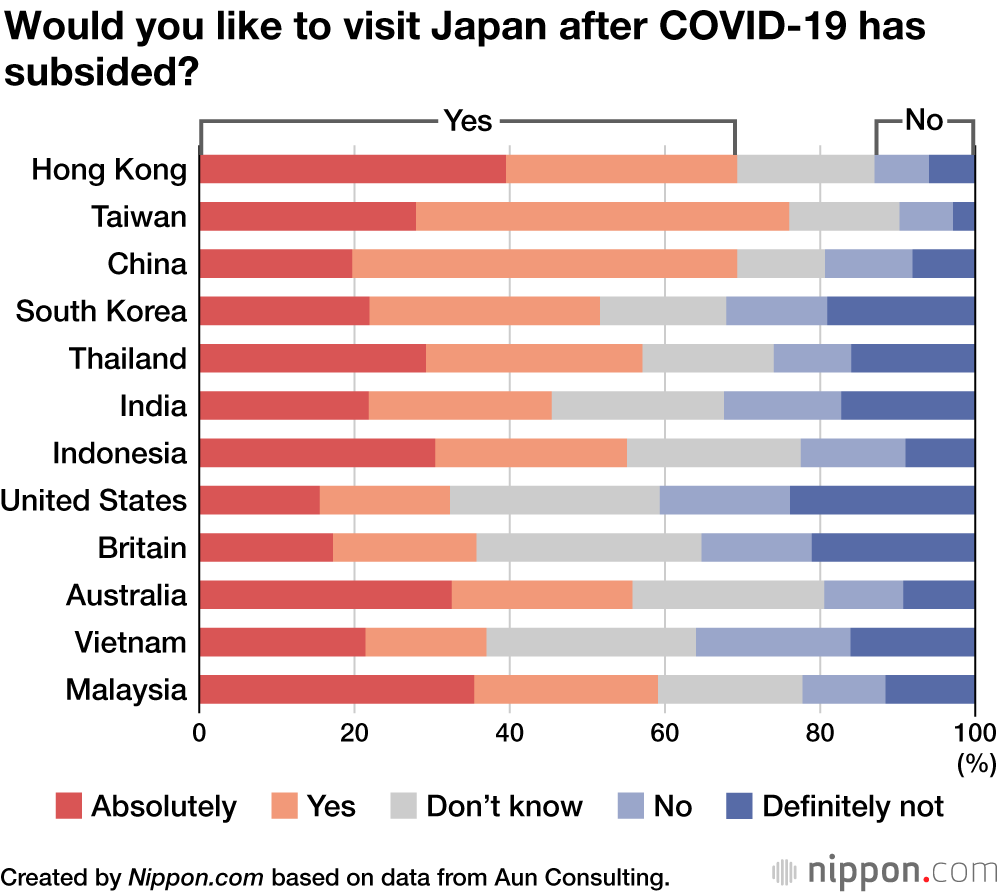