For nearly three decades since the collapse of its 1980s economic “bubble”, Japan has worried – both in the public and private sectors – about its declining innovative power. The urgency of the warnings, however, often did not seem to translate into direct action.

But that can change. This spring, Japan officially launched its first national endowment fund for universities – a giant 10 billion yen ($82 billion) fund that is the largest of its kind in the world and, according to those now in charge of managing it, a clear recognition that the country needs to take innovative competitiveness more seriously.

The creation of the fund, along with plans to create a “university of excellence”, are part of a number of efforts built around the idea that Japan desperately needs to create a financial, structural and regulations conducive to innovation. And, a repeated argument in different branches of government, it should be aimed at solving the problems that Japan, as the fastest aging society in the world, faces.

The fund is part of a two-pronged approach from Japan that involves both support for start-ups and more targeted public support for the basic research that underpins an innovative country. Its objective will be to provide financial support for research through the annual return on its investment.

Masakazu Kita, chief investment officer of the new fund, says the question will be how universities respond to the support provided.

“I would like to see how well the university balances the three pillars of business growth, advanced research and strengthening governance. People often worry that research will be overlooked if too much emphasis is placed on business,” he says. “The purpose of the fund is to build research universities that can compete globally.”

In April, JPX, the company behind the Tokyo Stock Exchange, introduced the biggest overhaul of Japanese stock markets in many decades – a streamlining of the exchange which, among other changes aimed at improving the global image of Tokyo for investors, makes it easier for venture capitalists to identify and capitalize on Japanese innovation.

These developments follow repeated concerns from tech leaders about the long-term effects of demographic decline, so-called “lost” economic decades and other structural impediments to competitiveness – and how all of this has affected Japanese innovation. .

Among the voices was Shuji Nakamura, the inventor of the blue LED, who left Japan for the United States, frustrated with how Japanese companies failed to reward inventors. Japan’s research departments, he once told the FT, were “brainwashing” centers that convinced inventors they didn’t deserve greater financial recognition for their work.

But the counterbalance was an industrial base populated by companies such as Nidec and Fanuc that remained able to attract top talent to generate globally competitive products, and an education system still producing competitive innovators.

In terms of other measures of innovation, Japan was also able to point to the many decades it had ranked either at or near the top of the global rankings for annual patent filings – even as the China and South Korea were rising higher and higher.

In the first year of the pandemic, Japan maintained its position as the world’s third largest applicant, with 288,472 applications. When investors’ attention shifted to other metrics, such as venture capital activity and the number of successful start-ups, Japan could argue that its business model tended to keep those elements in check. internal in large companies – and therefore less visible. 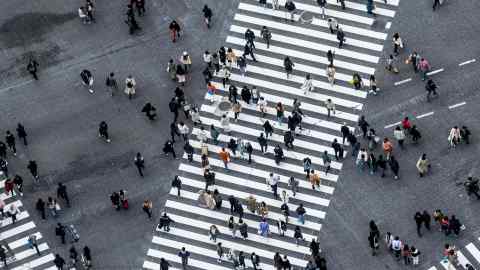 More recently, however, confidence in this argument has fallen sharply. Innovation around the world is increasingly focused on areas outside Japan’s traditional expertise, which has spurred the country into action. These include artificial intelligence, financial technology, biotechnology and, in particular, software-driven innovation where China and the United States have taken a huge lead.

Even though investments in Japanese start-ups increased from just under $2 billion in 2015 to around three times more than in 2019, Japan produced significantly fewer “unicorn” start-ups, i.e. 1 billion dollars, than the United States.

In light of these changes in the competitive environment, a highly influential report released in March 2020 by the Japan External Trade Organization (Jetro) called for ever more concerted efforts to create innovation and accelerate development. of products, in order to improve the competitiveness of Japanese companies.

More stories from this report

“It will be difficult to achieve this if companies simply continue to rely on their own business resources in the form of technology and human resources, as well as the traditional business model,” the report warns.

Japanese companies will need to make more proactive use of external resources, he argued, as the traditional environment, in which companies evolved via a pyramid of innovation along the supply chain, is shaken. by change.

Jetro’s paper highlighted a number of innovative projects being planned, but one of the most significant practical changes was to the tax system, to encourage Japanese companies that have traditionally hoarded cash to divert it to start-ups. ups.

The new system, which came into effect in the fiscal year ending March 2021, offers companies and venture capitalists a significant tax deduction on investments in unlisted venture companies less than 10 years old.