Eleven years after the disaster at the Fukushima Daiichi nuclear power plant and successive Japanese governments taking a cautious line on atomic energy, Prime Minister Fumio Kishida has signaled a change of heart.

Chairing a recent meeting of the Green Transformation Implementation Council, Kishida called on government officials and energy experts to speed up the resumption of operations at more nuclear power plants, consider significantly extending the operational life reactors and to explore the development and deployment of next-generation nuclear power plants.

These changes constitute a crucial policy reversal, demonstrating both the negative impact of the Russian invasion of Ukraine on energy prices in Japan and the slow but steady reversal of anti-nuclear attitudes among the Japanese public.

Kishida asked officials to come up with firm plans for a return to nuclear power before the end of the year, including more steps to convince skeptics of its value.

The opposition in retreat

Polls show the shift in sentiment is already underway, with 74% of people responding to a Yahoo Japan poll in July saying they support taking over more reactors – a sharp reversal from over 80% who were firmly against nuclear energy in the aftermath of the March 2011 earthquake and tsunami that crippled the Fukushima power plant.

Yet there are still staunch opponents of nuclear power, which they describe as a misguided approach to the nation’s energy needs when other, much safer options are available.

To date, 10 of the 54 reactors that were operational before the Fukushima crisis are operational again after undergoing extensive seismic remodeling and exhaustive safety testing.

The Japanese government hopes to have seven more units operational by next summer and that nuclear power plants will meet up to 20% of the country’s energy needs by 2030.

Perhaps controversially, experts are also looking at extending the operational life of reactors from the current 40-year limit – which is rapidly approaching for some of the oldest units – to 60 years.

Hisanori Nei, a professor of energy policy at the National Graduate Institute of Policy, said the government’s change in direction on nuclear energy “is not a surprise”.

“Ahead of the July elections, the government didn’t want to announce this plan because they feared a backlash, but Kishida won that vote and he now has three years to go before he has to hold another election,” Nei told DW. .

‘The timing is therefore not a surprise, as industry has been pushing for this to happen and departments have also released guidance documents hinting that it is coming.’

Are smaller reactors the answer?

The government’s hand has been further forced by the Russian invasion of Ukraine and soaring energy prices, to which Japan is extremely sensitive, as it has no domestic energy resources and depends almost entirely on imports, he added.

According to the government, a particularly promising new technology as a solution is that of small module reactors (SMR).

Japan announced on August 26 that it had entered into a framework agreement with the United States and nine other countries to cooperate in the development of SMRs, which have a capacity of around 300,000 kilowatts instead of the 1 million kW capacity of a conventional reactor. 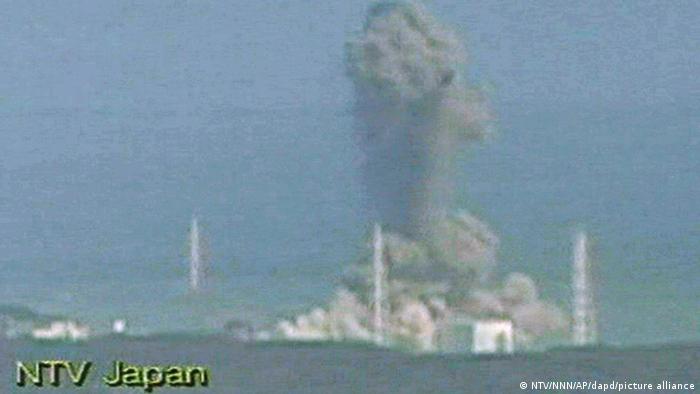 The advantages of smaller units are that they are cheaper to build and less likely to cause a major crisis in the event of an accident. In Japan, the government plans to deploy many SMRs to meet the energy needs of individual cities.

“No positive point” to nuclear

Aileen Mioko-Smith, an activist with Kyoto-based Green Action Japan, said there were “no positives” to be taken from the government’s return to nuclear power.

“Every reactor they want to restart or extend operational life is potentially another Fukushima disaster,” she said. “They tell us they’ve learned their lessons and the technology is safe, but they can’t guarantee that.”

“But beyond the security issues, it’s just bad energy policy,” she said. “Developing these new reactors is going to be very expensive and will take a long time. Then the approval process will take a long time, and then they will have to get regulatory approval and support from people living near these planned new plants. ”

“We don’t have that kind of time,” she said. “Look at the record temperatures recorded around the world this summer. The climate crisis is already upon us and we don’t have time to start looking at new technologies that might take a decade to kick off but might not work at all. . “

Mioko-Smith believes renewable energy can play a role in shifting to more environmentally friendly energy resources, but there are more immediate measures that can be implemented immediately and will have an instant impact.

“We need a paradigm shift to be more efficient and conserve more energy so we don’t waste what we produce,” she said.

More efficient building insulation is a simple measure, while waste heat from industrial processes should also be captured and reused.

“After Fukushima, when the reactors were all shut down and there was a real power shortage in Japan, the public reacted positively,” Mioko-Smith said.

“They drastically reduced the amount of energy they were using and became very conscious of not wasting resources. I think there’s no reason why the public shouldn’t respond in exactly the same way, if asked.”

Professor Nei, however, is convinced that a “nuclear renaissance” is imminent.

“The events in Ukraine have shown the world, including Japan, the importance of a nation’s energy security,” he said.

“The government will continue to repeat this message to the Japanese public, who have already been shocked by rising fuel prices for their cars and homes,” Nei added.

“The other message they send is that Japan must meet its commitments to drastically reduce CO2 emissions by 2050 if we really want to be considered a reliable member of the international community, and nuclear is essential for that. achieve,” he said.

“Now, more than a decade after Fukushima, Japan has learned from this accident,” he said.

“We know a lot more: we understand how to rebuild, how to recover and how to ensure safety. Now we need to put those lessons into practice and ensure that Japan becomes a leading developer of new nuclear technologies and protects our energy supply.”