Where is Rabbit Island?

But how do so many rabbits end up in the same place? There are many rumors about the arrival of these adorable creatures, some more morbid than others.

The first rumor dates back to World War II, when Ōkunoshima was previously used as a chemical munitions factory to manufacture tear gas and mustard gas. Despite the Geneva Protocol banning the use of chemical weapons in 1925, a loophole existed where these vile weapons could still be created and stockpiled. Rabbits were unfortunate test subjects for these experiments, brought to the island to determine the weapons’ effectiveness. The remaining rabbits were released by workers after the end of World War II, left to survive in the wild. 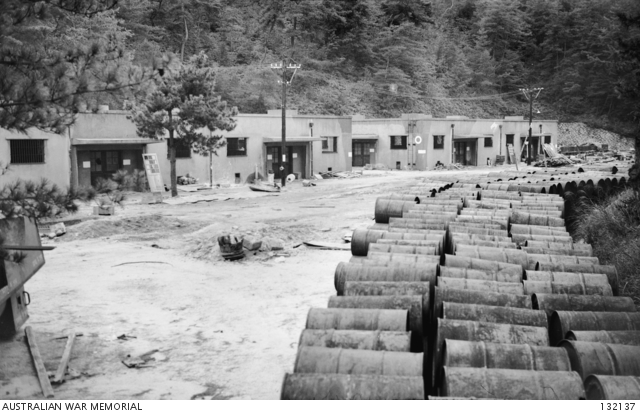 However, Ellis Krauss, a professor of Japanese politics at the University of California, San Diego, disputed this rumor. In an interview with Krauss, he revealed that the Americans who liberated the island euthanized all the rabbits used for the experiments.

So if those bunnies were missing, how did all those bunnies end up on the island? Another rumor points to the antics of school children, who released eight rabbits onto the island during an educational outing. With no predators or hunters to disturb them, the rabbits multiplied into the large population the island is known for today.

Can I visit the rabbits?

Not only can you visit the bunnies, but you can also make it an entire vacation! Visitors can either catch a boat from the mainland for a day trip or stay at the National Park Resort Hotel, a vacation spot on the island. Visitors can interact with bunnies, cycle around the island, sit in bubbling hot springs, and even tour the chemical plants used in World War II, now turned into the Ōkunoshima Poison Gas Museum . It looks like the perfect spot for any couple’s bunnymoon.

The island has strict guidelines for the safety of its furry inhabitants. Rabbit Island prohibits tourists from hunting, holding or bringing home a wild rabbit. Tourists also cannot release their pet rabbits onto the island, as local rabbits are territorial and will not accept a stranger as one of their own. Rabbit Island also asks guests to fill buckets of water around the island (more on that soon) and watch out for rabbits while riding their bikes or driving.

The Dark Secret of Rabbits

At first glance, Rabbit Island looks like a paradise with a dark and historic past, but there is also a very present threat: the tourists themselves.

As the island does not have enough vegetation to support its large population, the rabbits rely on tourists to feed them, resulting in inconsistent feeding schedules and poor nutrition. Rabbits are overfed on crowded tourist days and barely eat on bad weather days with little foot traffic.

Typically, a wild rabbit’s diet consists of leaves, plants, and seeds. However, tourists often bring carrots and cabbages to feed their new long-eared friends. Cabbage is deficient for rabbits because they have trouble digesting it and the food is too low in fiber for their dietary needs.

Food is not the only problem for rabbits. Due to toxins from Japanese experiments during World War II, the island’s groundwater was contaminated. That’s why the island asks tourists to fill buckets with water for the rabbits. All of these factors result in a high turnover rate of rabbits, which only have a lifespan of two years.

Chance to be a bunny

Despite Rabbit Island’s dark secrets, animals are very important to Japan. In Japanese culture, rabbits symbolize luck, while the Japanese kanji for rabbit is similar to the kanji meaning “to get rid of” or “to disappear”. Thus, the rabbits will make your bad luck disappear!

Rabbits are also associated with fertility and rebirth due to their high reproductive rates. Rabbit Island supports this notion by encouraging those trying to start a family to visit the island to receive good fortune from its successful mustachioed winners.

By James Whelan, contributor for Ripleys.com

EXPLORE THE ODD IN PERSON!

Discover hundreds of weird and unusual artifacts and discover amazing interactive elements when you visit a Ripley’s Odditorium!

FIND AN ATTRACTION NEAR YOU

Source: Japan’s Cuddly Rabbit Island has a dark past

by Believe it or not from Ripley!