As soon as the news broke that Japan would finally welcome foreign tourists again starting Friday, Tyler Palma rushed to organize a 12-day pop culture tour across the country for an American family from Seattle.

The past two years of the Covid-19 lockdown have been brutal for Palma, which runs the operations of Japan travel specialist Inside Travel Group, which halved its 200 staff after the country’s borders closed.

But the relief may be limited: Japan’s new travel guidelines restrict entry to accompanied visitors only. The rules have caused chaos and confusion just as Asia’s largest advanced economy seeks to resuscitate its $36 billion tourism market. Some of the biggest hotels in the country have yet to book any foreign tourists.

“We plan to welcome our first customers based on the new travel rules,” Palma said. “We just don’t have a lot of clarity on what the Japanese government is planning or how they make decisions about when to allow tourists in more generally.”

Japan is one of the last countries, even in Asia, to resume outbound tourism, but its reopening is strictly limited, with individual travelers having to be accompanied by a guide “from entry to departure”.

Government officials said the guided tours make it easier to implement Covid-19 prevention measures such as wearing masks and sanitizing hands. But it also means travel agencies must rush to rehire the English-speaking guides they laid off during the pandemic.

Business leaders have criticized the government’s strict border controls, with some even calling them “xenophobic”. But Prime Minister Fumio Kishida’s Covid-19 strategy has been popular with voters. Vaccination rates are high and new cases nationwide have fallen below 20,000 a day.

Still, analysts said a rebound in outbound tourism was key to reviving Japan’s economy, which has come under pressure from soaring prices for raw materials and other imported goods.

“Japan’s economic recovery from the pandemic has lagged far behind other countries, so easing border measures and welcoming tourists will help the country catch up,” said Takahide Kiuchi, Executive Economist at Nomura Research Institute.

He estimated that easing borders for tourists and long-term visitors could add more than 3% to Japan’s nominal gross domestic product next year. Before the pandemic hit, the number of foreign visitors to Japan hit a record high of 31.9 million in 2019.

The industry would also benefit from a weaker yen, which hit a 20-year low against the dollar this week.

But tourism industry leaders said the government must release a clear plan outlining when the country will open to all tourists so they can make investment decisions on hiring and training staff .

Kishida announced that Japan would allow 20,000 visitors to enter per day, but it was not until Tuesday that the government issued specific guidelines on the type of tourists who would be allowed.

“As the situation is changing rapidly, people on the ground are not catching up with political decisions,” said Fumiko Kato, general manager of WAmazing, a start-up providing services to foreign tourists in Japan.

Under the new guidelines, tourists will be advised to wear masks in most settings and to take out insurance to cover medical costs if they test positive for Covid-19. If a visitor tests positive, the tour will not be canceled but close contacts will be separated from the group.

The tour can consist of one person, and fully vaccinated visitors from countries with low Covid-19 infection rates will be exempt from testing and quarantine after entering the country. All tourists must also apply for a visa. 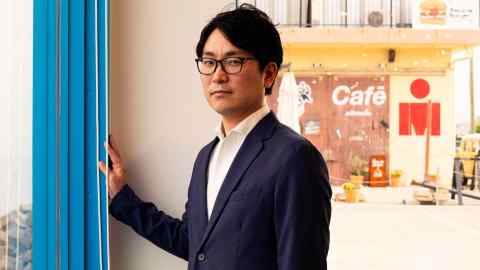 Shinya Kurosawa, managing director of JTB Global Marketing & Travel, said he expects tourist numbers from the United States, Europe and Australia to return to 2019 levels by the fiscal year. ending in March 2024.

“The recovery of Asian markets will be slower and our biggest concern is China,” Kurosawa said. China, which accounted for around 30% of Japan’s foreign visitors in 2019, is pursuing a controversial zero Covid policy that has sealed off its international borders.

Even outside of China where Covid-19 restrictions have been lifted, Kurosawa added that high commodity prices made it difficult to gauge global appetite for travel. “But at least the first step towards fully opening up to tourists has been taken,” he said.

At Inside Travel Group, Palma is carefully reviewing visa guidelines and procedures to ensure its first customers – a grandmother with two teenage grandchildren – can land in Tokyo on July 1. But he admits the tight restrictions will also require great flexibility from Americans.