NIKKEN SEKKEI completed a gym within a high school Japan. The design team sought to create a space beyond conventional gyms that see a room covered in blackout curtains. However, they aimed to create the optimal conditions required by these spaces, providing students with an everyday but enriched experience.

To achieve these ambitions, the resulting structure takes shape as a brutalist concrete building pierced with small and large holes. By doing so, indirect natural light suitable for indoor exercise is captured while strong direct sunlight is blocked. In addition to the lighting conditions, this training subtly connects to the external environment, arousing the curiosity and interest of the students. Meanwhile, access is possible through hatches built into the walls.
image by Daici Ano

Four structural “tubes” were designed around the perimeter of the arena to house the air conditioning, lighting and sound equipment. The outermost tube uses a spacious layout and functions as a hallway, indoor running track, and passageway for indirect light to pass through the hall. NIKKEN SEKKEI (see more here) strategically punched various holes in the walls so that dim daylight could reach the heart of the arena. With this gesture, the presence of blackout curtains is unnecessary.

“The space allows for a sensitivity for light, materials and an understanding of more of a natural essence. This pursuit of “simple beauty” is divorced from age-old mundane trends. » The interior and exterior of the facility have been finished in exposed concrete. The architects avoided excessive decoration, letting the arrangement speak for itself. In addition, they chose to keep the original state of the color, both inside and out, with the “primitive” gray concrete as the only signature.

According to the workshop, ‘the structural layout is akin to a temple; the intention of the spatial configuration was to create a place where users can learn the “essence” of things”. 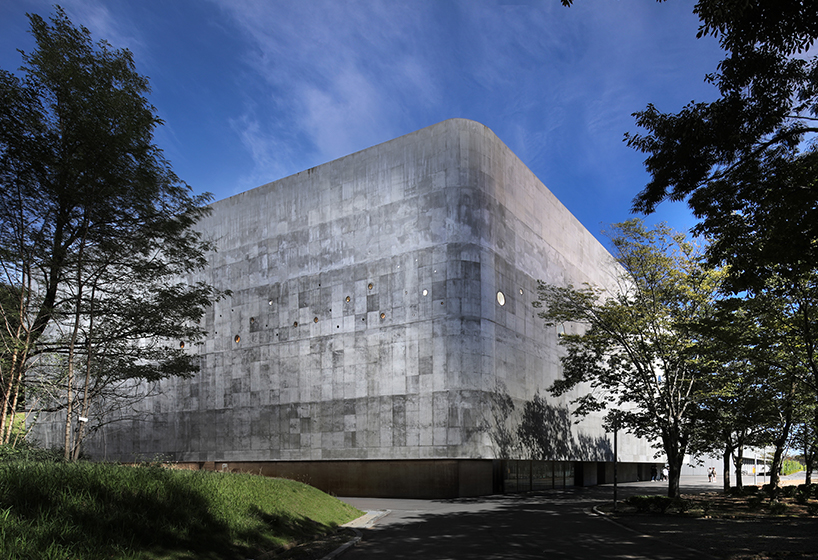 an everyday but extraordinary experience

The sports facility is designed to add to an ordinary routine. As students ascend the floors, their curiosity is stimulated and their sensations are activated. They feel the need to discover what is hidden behind the holes, to touch and to explore. Not to be misinterpreted, the design team had no intention of turning an everyday into an extraordinary experience. Their concept was based on the idea of ​​an architectural expression that can be modern, but also “universal” in the sense of timeless design. 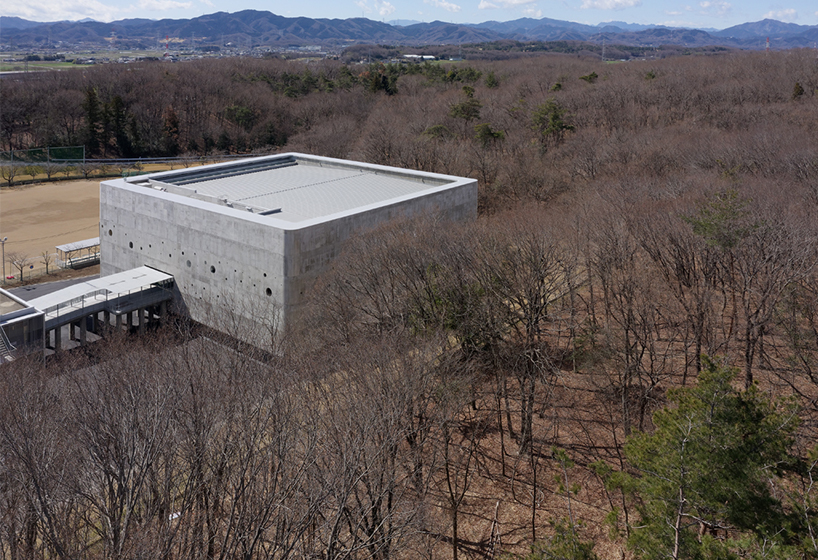 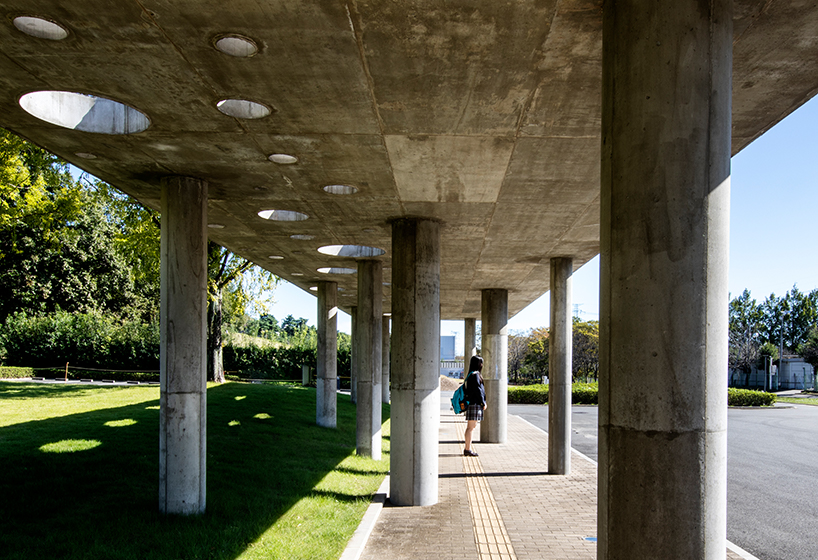 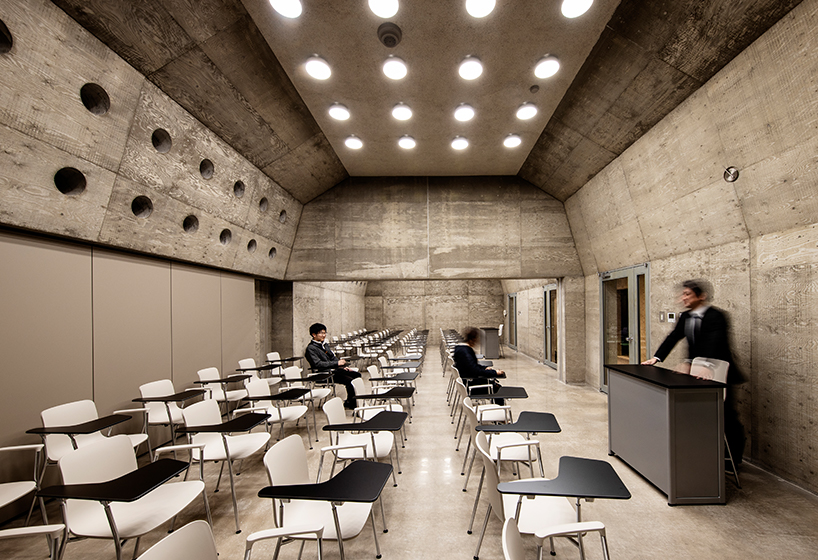