Yakushima Island National Park, located in Kagoshima Prefecture off the southern coast of Kyushu (Japan’s southernmost island), is a UNESCO World Heritage Site and home to large groves old trees, including some of the oldest cedars in Japan. The island is a lush and bustling landscape, surrounded by curving coastlines and sandy beaches. It has various hiking trails, diving and canoeing opportunities.

The best way to explore Yakushima Island is to walk along one of the many hiking routes; along them you can see some of Japan’s most mesmerizing and sparkling waterfalls, as well as the island’s distinctive flora and fauna.

You’ll explore everything you need to know about Yakushima, including the most incredible hikes, quirky activities, and the environmental village cultural center.

The island’s bedrock is granite, and a ridge created due to movement of the earth’s crust is believed to have given rise to the island. The highest temperatures and climatic variations of the island are one of the main characteristics of this region. The island has plants from subtropical and cold temperate zones, and locals claim that the island has 35 rainy days per month.

Although hiking is the most popular activity in Yakushina National Park, there are plenty of other things to do if you have the time. After a day of wandering, a soak in one of the hot springs is a must, or relax on one of the island’s many beaches, offering some of the most fantastic snorkeling in Japan.

If you go there in the summer, you can see turtles hatching because it is the nesting place of more than half of Japan’s loggerhead turtles at the Umigame Center. Visit Okonotaki, one of Japan’s Top 100 Waterfalls, and try kayaking for more water-related activities. If you want to explore more of the old cedars on the island, head to the Yakusugi Museum.

Discover the Alps from the sea.

Yakushima is a round-shaped island located south of the Osumi Peninsula in Kagoshima Prefecture. A fifth of the island is designated as a UNESCO World Heritage Site. Up to eight peaks over 1,800 meters high, including Kyushu’s highest peak, Miyanoura-dake, which rises to 1,936 meters. The island is known as the “Sea Alps”.

From alpine flora to coral reefs

Due to the amount of water and temperature variations at altitude, keep an eye out for many unique plants and animals. Coral reefs, alpine plants, and Yakushima-specific wildlife like Yaku monkey and Yaku deer can all be found here. 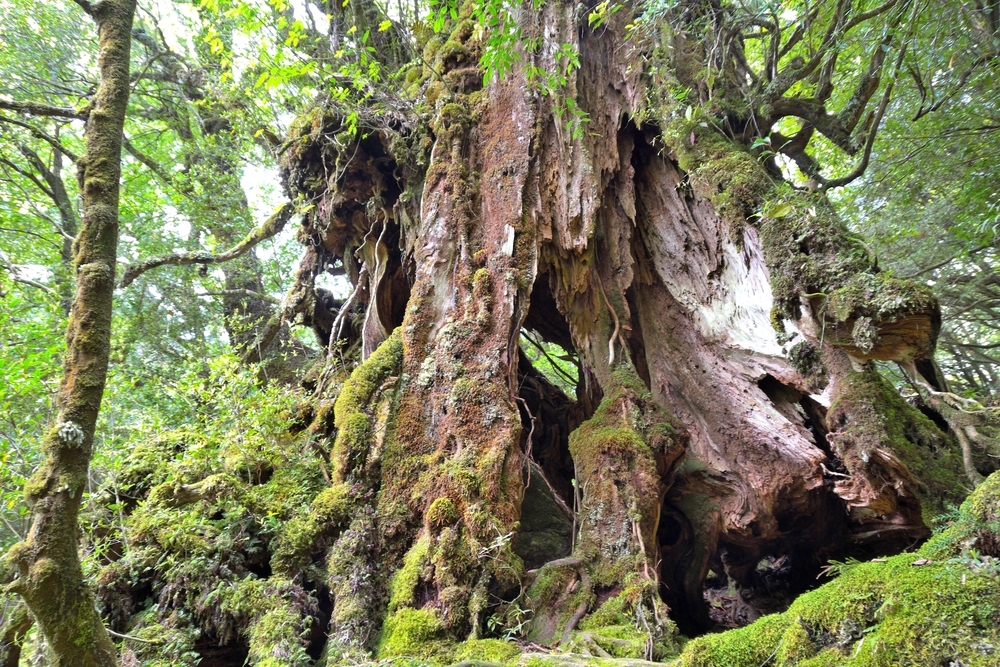 Yaku sugi cedars are the sign of Yakushima, and this designation is only given to trees over a thousand years old. You will notice that the yaku sugi sometimes extends the roots of its leaves and stems and twists into irregular shapes when growing in cloudy and foggy places.

A specific cedar tree, discovered in 1966 and located 1,350 meters above sea level, is believed to be the largest and oldest in the world. Jomon Sugi is the name. His age is the subject of several speculations; estimates range from 2,170 to 7,200 years ago.

On the island there is a lot to explore. Shiratani Unsuikyo Ravine offers the chance to walk through yaku sugi forests while soaking in a spa near the water at Hirauchi Kaichu Onsen. Visit Senpiro-no-taki, where water falls from a height of about 60 meters on a massive granite monolith, and Ooko-no-taki, the highest waterfall in Yakushima with the largest volume of water .

Stroll along the beautiful sandy beach of Sango-no-hama (Coral Coast), where you will find star-shaped sand, and admire the breathtaking view of the deep blue ocean that s extends to the horizon from the Yakushima lighthouse. Be sure to reserve your spot on an excursion if you want to canoe, forest bathe, or take an all-island tour with the help of a guide.

The Yakushima Environmental Culture Village Center, located at the entrance to Miyanoura Port, provides basic information about the ecology and culture of Yakushima Island. The incredible natural beauty of the island is shown in jaw-dropping videos on the big screen. In the exhibition hall, scale models depicting Yakushima’s coastline, settlement, woods, and mountain peaks are also on display.

Visitors can receive information about Yakushima’s natural environment and weather at the entrance hall via maps, films and computers. Visitors can purchase all of Yakushima’s local delicacies at one store.

Hours: 9:00 p.m.: 5:00 p.m.
Closed: third Tuesday (if it falls on a public holiday, closed the following day) and from February 15 to the end of February (open daily from July to October)

The other way is to take a plane or high-speed train to Kagoshima and then a high-speed boat from Kagoshima Port to Miyanoura or Anbo Port on Yakushima Island. 2 to 3 hours are needed for this. 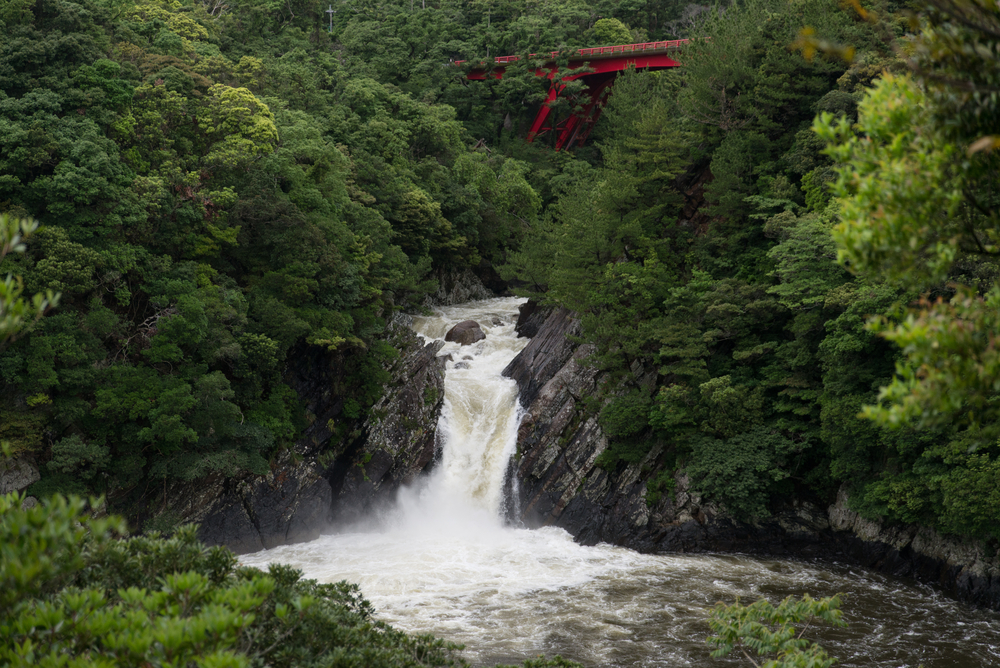